On the edge of disaster. On the fifth Anniversary of the Paris Agreement, Global Greens call for action not celebration

Global Greens COP26 Working Group issued a Media Release on the fifth anniversary of the Paris Agreement calling for action not celebration.

December 12th will be celebrated by the United Nations and the COP26 co-hosts, the Governments of France and the UK, as the fifth birthday of the historic Paris Agreement.

Yet there is little  to celebrate. The world is still on track for three degrees of warming. 2020 has been a year of unprecedented climate events – from forest fires in Siberia and the Western US, warming and melting Arctic, intense hurricanes driven by warmer ocean temperatures, collapsing ice shelves, retreating glaciers, droughts, and devastating floods. The signals could not be clearer.

It could have been different. It would have been different if the countries that signed the Paris Agreement had kept their word. And reduced their emissions. As we look ahead to the UK hosting COP26 next year, Global Greens representing Green Parties from over 100 countries, see that politicians world-wide have failed to take the actions needed to limit global temperature rise to 1.5C. Their commitments are too weak and their actions are too slow.

More of the same inadequate policies and greenwashing will mean increased climate impacts on communities around the world, including sweltering heat waves, increased risks of disease and human health impacts, droughts and sea level rise that will displace the most vulnerable, and loss of global biodiversity on an unimaginable scale. Effective and immediate action is needed to bring down the curtain on the Great Fossil Fuel Show and instead open the door for a  clean, green future that will put us on a path to save the climate and our health.

The COVID pandemic has shown us how vital it is that we implement a rapid transformation of our economies away from fossil fuels towards resilient, sustainable Green economies. Yet we are failing to act on this experience. Despite some good announcements for Green Recovery and the good news that the USA will rejoin the Paris Agreement, we remain headed in the wrong direction.

In the lead up to COP26 one year from now, the four federations of the Global Greens, stand united in working towards common action for a greener and fairer future. On December 12, Global Greens once again call on governments to face the facts, redouble their efforts and do what is necessary to preserve a healthy biosphere for millions of species and for human civilization. 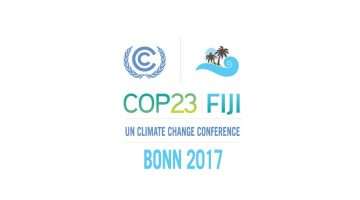