Dear friends and colleagues from around the world,

As many of you will know, our country – South Korea – held its general elections during the past month. It was the first election after the voting age was lowered to 18 and an improvement was made to the electoral system, increasing proportional representation – both of which were achievements we had fought hard for. It was also the first time our party carried out the She Will Run project, officially launched a year before election day. Hearing of exciting results from many of you around the world and with attention to the climate crisis on the rise (although we still stand far from where we should be), our hopes for this election was also growing.

Our candidates for proportional representation were powerful and determined: all were women, three of whom were young women, two were new political faces who decided to stand up through participation in the She Will Run project, and one was a rare representative of farmers. Our policies were viewed favorably especially by civil society organizations advocating for the environment, animal rights, farmers, sexual and gender minorities, artists, and denuclearization, just to name a few.

Unfortunately, party support remained at a mere 0.21%, a number that is lower than our first ever election (0.48%) in 2012, which took place just a month after we were founded. The results showed that the two-party system remains strong, while none of the numerous small parties were successful in passing the 3% barrier to enter into parliament. Meanwhile, the loopholes in the new proportional representation system were captured and abused by the dominant parties and policy debates became meaningless, as all public and media attention focused on the daily situation of COVID19 – an important factor in the Democratic Party’s landslide victory. The list can go on. What is clear, however, is that we must seriously reflect on ourselves, including our capacity, structure and strategies, in order that we are better prepared for the next round, which are the presidential and local elections expected in 2022.

It was, on a different note, immensely moving to receive so many video messages of support from all across the globe. We extend our deepest gratitude to each and every one of you for the thoughtful and sincere words of encouragement: Norea from Sweden, Martin from Kenya, Keiko from Japan, Evelyne, Thomas, and Jean from the European Greens, Adamou from the African Greens, Young Greens of Venezuela, and fellow Greens from Bolivia. A special note of appreciation to Keli for her own message of support, but also for sending the word out to everyone and being so available and supportive throughout the process. We would also like to thank Carolina and the Swedish Greens for allowing us to benchmark their previous election campaign.

We cannot thank you all enough for accompanying our journey during such challenging times and giving us the opportunity to show that we are part of a bigger international family. We must add to everyone that your existence and work touching all corners of this world give us strength to remain motivated and carry on.

The proliferation of COVID19 showed, very sharply and regretfully, that people and communities are disproportionately affected in the face of serious calamities, reminding us that we have much work to do and that we have no time to waste. Wishing for the recovery of all affected, we hope to greet you all in Seoul at the next Joint Global Greens and Asia-Pacific Greens Congress in a healthy and spirited state. May the Green force be with you until then! 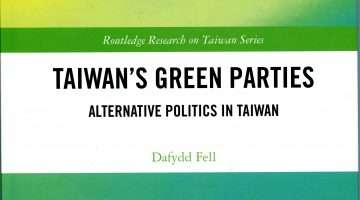