Lauren Swift and Emma Cross are recent graduates from the Masters of International Development program at Sydney University, Australia. In 2020, Emma and Lauren completed an internship with the Global Greens examining India’s climate policy ahead of the United Nations Climate Change Conference (COP26) in Glasgow, UK. Their final policy brief is available ici and below. It is not an official policy of the Global Greens nor of the Indian Green Party, but we hope that you find the information contained in this document useful. If you have any questions, comments or feedback, please reach out to Emma or Lauren directly.

In June 2020, we were asked to research and produce a policy brief on the status of India’s climate policy as part of a volunteer placement with the Global Greens. As two Master’s students studying International Development at the time, this project was an exciting opportunity to contribute to the work of the Global Greens and apply the knowledge and skills gained through our studies thus far. For both of us, the intersection between climate policy and addressing rising levels of inequality was a topic we were keen to investigate further.

Over several months, Emma and I were lucky enough to interview a number of stakeholders surrounding India’s climate policy and the ways in which COP26 would be shaped by a nation as influential as India. Whether they were Green parliamentarians from around the world with experience negotiating the progress of the Paris Accords, academics who specialised in India’s energy policy, or owners of roof-top solar businesses in Mumbai, these interviews shaped our research process and gave us insights that pure desk research could not.

Our brief had a dual focus – India’s international posturing when it came to climate policy and participating in international climate governance, combined with a focus on the nation’s domestic energy infrastructure and environmental policy. As we were researching, the unfolding of the COVID-19 pandemic and its tragic impacts upon the Indian populace and economy remained an important lens through which we saw the task at hand.

As a major BRICS economy, the second most populous nation on earth, and the world’s third largest emitter of greenhouse gases, India is a major contributor to climate change. Even with planned growth in renewable electricity generation, it will continue to be so. Our brief found that the nation’s high levels of energy poverty, inadequate market incentives for renewables such as solar, and complex inefficiencies in electricity infrastructure were the main themes defining India’s lack of a robust climate policy. Despite these challenges, our recommendations were underscored by the enormous potential of India to be a world leader in the goal of implementing a ‘just transition’ to a renewables-only energy system, whilst lifting millions out of poverty and expanding access to the basic necessity of electricity.

This potential must also be seen through the lens of India’s intense vulnerability to an increasingly changed and unstable climate. India can simply not afford to delay urgent decarbonisation – their large coastline, high rates of poverty and reliance on sensitive sectors such as agriculture leave them too at risk of the catastrophic impacts of climate change. To learn more about the specific recommendations that numerous stakeholders are calling for – such as pursuing a robust solar manufacturing program in India to address unemployment and climate policy simultaneously – read the full brief, here.

Looking forward, India’s climate policy will shape future relations with its south Asian neighbours including Nepal, Bangladesh and Pakistan. Bordering on the Himalayan Mountain Rage – a site of geopolitical tension and the impacts of global warming – these nations need to engage in multilateral negotiations with India to reinforce climate action as a collective responsibility. Similarly, India and Australia alike need to resist the urge to turn inwards and follow their own climate action path without the engagement of the Pacific Islands Forum, who are an important yet fragile coalition. Australia and India have much to learn from one another when it comes to renewable technology and these geopolitical dynamics.

Like many, we are hopeful the COP26 summit will go ahead in Glasgow later this year, and will be well attended. The summit’s year-long delay in response to the COVID-19 pandemic was an understandable but disappointing beginning to the new decade, where serious climate action is critical. As commentators, researchers and policy students, we would like to see COP countries unanimously commit to net zero carbon emissions by the year 2050. Major industrial nations like the United Kingdom and France have already assessed this as achievable and are beginning to restructure their economies and workforce accordingly. India and Australia continue to count fossil fuels and nuclear energy within their energy basket, and struggle with national grids that are outdated and overburdened. Decarbonisation will unlock a fairer model of the economy where capital and technology support sustainable industries, generating new jobs and opportunity. Climate action requires a just transition for workers locked in carbon industries. COP parties should also use the summit as a space to reiterate their support for labour and workers rights as ‘green’ transitions roll out across the world.

Our interviews with the Centre for Policy Research in India reminded us of an important and often forgotten caveat to policies supporting large scale renewable energy technology (i.e. the building of wind turbine farms, and large hydro plants). These projects require extensive resources of land and water, and thus they may be built at the expense of rural and minority communities who live outside major cities and may enjoy a spiritual connection to the area. The Glasgow negotiations should engage with these nuances and remind member parties that decarbonisation by way of renewable energy development demands thoughtful community consultation.

We are extremely proud to share with you our research and policy recommendations. We wish the Global Green’s delegation luck for the upcoming negotiations.

A copy of the document can be downloaded ici. 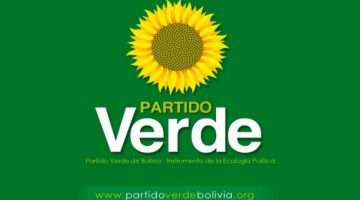