The Global Greens COP26 Working Group panel event on Tuesday 20th April, looking forward to the Biden Climate Summit on Earth Day, is worth watching. We held it to one hour, with participation from elected Greens from the Global South and industrialized countries in an inspiring conversation.  The panelists were the Minister of Climate from New Zealand, also co-leader of New Zealand Greens, James Shaw, the leader of the Democratic Green Party of Rwanda, Dr. Frank Hibeneza MP,  leader of the Argentinian Greens, Silvia Vasquez and the only elected Green in the UK Parliament, Caroline Lucas. Listening to all of them will re-ignite your sense of hope, optimism and purpose in being Green. Our Global Green family is astonishing.

Having missed the chance of a 2020 COP due to COVID, the new US administration created their own “holding feet to the fire” moment. The Earth Day Summit was a much needed attempt to push forty national leaders. Collectively those forty nations could save us from the worst of the climate emergency.  We must never lose hope that we can move away from fossil fuels fast enough, while restoring as much of the planet’s natural sequestration capacity in green and leafy life, on land and in our oceans, also fast enough, to allow human civilization to remain intact and save millions of species.  Holding to 1.5 degrees C is no guarantee, but will give our children far better odds than blowing past 2 degrees C global average temperature increase.

To be successful, Biden and Kerry needed other countries to at least commit to what the US, now back in the Paris Agreement, is prepared to do. Biden’s administration, particularly climate security envoy John Kerry, really pulled out the stops twisting arms, to push all nations to increase their targets such that we could move off our current trajectory – towards 3-4 degrees C global average temperature increase – to get to one with any hope of staying well below 2 degrees C and ideally no more than 1.5 degrees.  That is what all nations promised in Paris in 2015 at COP21.  And with every passing day, the chances of getting there shrink.

The best explanation of carbon budgets and the perilous nature of delay comes from Mark Carney’s new book, Value(s): Building a Better World for all (p. 273):

…”the carbon budget to limit temperature rises to below catastrophic levels is rapidly being exhausted….

This closely mirrors the IPCC advice from its Special Report on 1.5 degrees (October 2018) : “In model pathways with no or limited overshoot of 1.5°C, global net anthropogenic CO2 emissions decline by about 45% from 2010 levels by 2030… reaching net zero around 2050 …” (emphasis added)

Clearly, Biden and Kerry grasp that reality.  Kerry flew to Shanghai in his shuttle diplomacy to get more out of the Peoples’ Republic of China. It is rumoured that Kerry made it clear to Canada that the recently tabled figure in Monday’s budget of going to 36% below 2005 by 2030 (a small increase over the Harper target, still in place, of 30% below 2005 by 2030) would not be good enough to meet expectations. Kerry was twisting arms right up to the Summit itself.

Speaker after speaker stressed that the slashing of GHG emissions had to primarily take place this decade. President Macron of France put it succinctly, “2030 is the new 2050.”

They needed Canada to step up.  At least, one can say we limped a bit closer to where we should be.  Trudeau’s speech was an appalling self-congratulatory, arrogant claim of leadership. A dose of humility would have gone down better.  He committed Canada to 40-45% below 2005 levels by 2030, but also pleaded for Canadian exceptionalism – it is so hard for us because we must keep building pipelines and mining the oil sands. “Canada is a country that produces and exports its energy, and so I understand that this will not be easy.”

Other countries, especially the Europeans, did step up, announcing more in climate financing and some promising tougher targets by June when leaders will meet again at the G-20.

The US is now committed to cutting its 2005 emissions by 50-52% by 2030.   As well, the US is doubling its funding pledges to the developing world by 2024 (around $2.8 billion per year). Taking the virtual floor at the Climate Summit, US Treasury Secretary Janet Yellen committed to another $1.2 billion for the green climate fund and $485 million in funding to support multilateral climate initiatives.

China did not put in place a new target (called an NDC under Paris, for “Nationally Determined Contribution”.)  will strive to peak emissions before 2030 and reach carbon neutrality by 2060. On coal phase-out, it pledged to “strictly limit” any new   coal-fired power plant construction over the next five years and phase down coal consumption completely as a long-term goal. Other horrific abusers of human rights and nature were kept on board. Brazil’s Bolsonaro, who had threatened to leave the Paris Agreement, pledged to do more to protect the Amazon, stopping all illegal logging by 2030, and moving from a 2060 end year to 2050 to achieve net zero. Erdogan of Turkey was also on board for limited commitments.  Modi of India, in the grip of this devastating pandemic, spoke of the need to emerge from COVID in a decarbonized, equitable approach. Interestingly, he spoke of the need for the industrialized world to learn from the traditional lifestyle of low consumption of his nation.

Strong commitments from the EU, Germany, Italy (hosting the G20 this year where climate is expected to dominate the discussions), UK, France and Japan are already far ahead of the US. And Canada, even with the increased target, remains the worst in the industrialized world.

The most powerful speeches came from other leaders. A young indigenous woman who, with her family had left Mexico driven away by extreme weather events, only to move to New York in time for Superstorm Sandy, gave a powerful speech.  Xiye Bastida is now an active campaigner with Fridays for the Future. Who could have  imagined  an official event broadcast from the White House where a speaker would denounce “colonialism, oppression and capitalism.”  She was clear, “You need to accept that the era of fossil fuels is over,” and then read out the youth demands for an end to fossil fuel subsidies and an end to new fossil fuel infrastructure, like pipelines. The other stunning speech was from His Holiness Pope Francis.

The UK commitments are impressive, driven by a climate law which since 2008, in five year increments, has driven down UK GHG.  Johnson announced the target of 78% below 1990 levels by 2035, including in its emissions aviation and international shipping, as well as ending support for fossil fuels overseas and doubling international climate finance.

There was a lot of coverage of the summit, but this story from the National Catholic Reporter seemed to capture the sense of it.

If you missed the first Global Greens COP26 Working Group event, you can watch it here on the Global Greens Facebook page. Stay tuned for more! 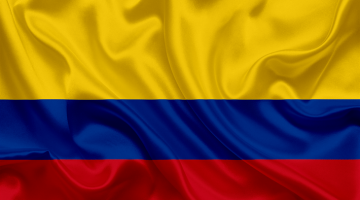 There is no democracy when life is not protected. 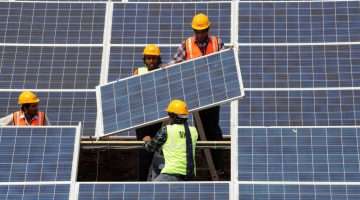