A Global Greens press conference was held at the COP23 climate negotiations held by the UNFCCC in Bonn, Germany. Green Party leaders discussed 1) What happened at COP23?, 2) What are Green parties aiming to achieve at these climate conferences?,  3) How is Green political leadership going to achieve the climate goals?  The panel clearly establishes that voting for the Green party achieves real progress on climate justice.

At COP23, industrialized countries must step up and lay the groundwork for 2018 – for larger commitments to climate financing, loss and damage and far deeper cuts in our own pollution. With weak targets and inadequate planning, Canada is overdue to deliver more ambitious targets, says Canadian Member of Parliament and Green Party Leader, Elizabeth May.

This COP must be the occasion to fill the gap that still exists between climate diplomacy, which is apparently quite efficient, and actual climate action, which is widely insufficient. Politically, it is a moment to implement concretely the decisions that were taken and to deepen the commitments. We must stop double-dealing and turn words and good intentions into action. Europe has to take its leadership back on the fight against climate change, with clear, strong targets at a European scale and with the willingness to inspire other stakeholders, asserts Member of the European Parliament and Greens/EFA representative, Yannick Jadot.

Australia must not be a dead weight in the continuing talks about implementing the Paris Agreement. As the world’s largest coal exporter and one of the world’s largest polluters, successive governments have a history of trying to cook the books, such as the infamous ‘Australia clause’ in the Kyoto Protocol. Australia has a special responsibility to the Pacific, yet so far it has ignored their pleas for climate leadership instead of new coal mines, declares Australian Greens Federal Member of Parliament, Adam Bandt.

Germany is far away from the national goal to reach 40% CO2 reductions by 2020. That means we must be more ambitious. We must do our homework here in Germany.  We have to phase out coal because coal has no future. With our energy transition, we successfully gained more than 30% electricity from renewable energy and 350,000 jobs in the field of renewables, affirms Bärbel Höhn.

The Global Greens is the partnership of Green political parties, social movements and institutes working collaboratively around the globe to actualise our shared Green political values of sustainability, social justice, nonviolence, participatory democracy, respect for diversity and ecological wisdom. 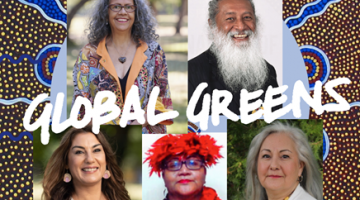 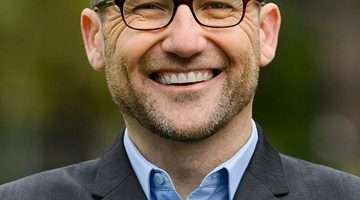 Interview with Leader of the Australian Greens Adam Bandt